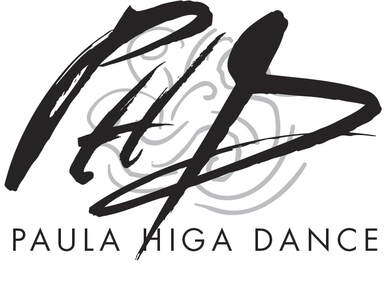 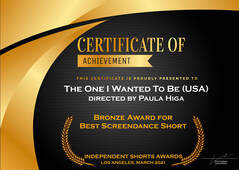 
In April, 2021, PHD received a certification from Los Angeles Independent Short Awards for the company's dance film Aquela Que Eu Queria Ser (The One I Wanted To Be - USA version). The film won Bronze Best Screendance Short Award. The film was selected among  submissions from 29 countries with a total runtime of more than 61 hours, plus the short scripts. The film exams the dichotomy between power and impotence, desire and aversion, conflict and congruity in a dominant patriarchal society. Inspired by the feminist poems of Portuguese poet Florbela Espanca, symbols and metaphors throughout the narrative evoke emotions of melancholy, sadness, and a reflection about gender hierarchy. The film hybrids artificial intelligence, visual arts, and dance. This project involved the collaboration of many professionals here in the US, Brazil, and Spain. Our US collaborators are visual artist and designer Jennifer Karson, and Matthew Binginot.
​

Daniel Bernard Roumain Begins 24-Hour Protest Performance: "As the clock above Burlington City Hall rang out at 2 p.m., a woman in purple velour pants was dancing a jig under a slight drizzle of rain. The dancer was Paula Higa, and she was accompanying violinist and composer Daniel Bernard Roumain, known by his initials DBR, as he entered the second hour of his 24-hour protest performance on Church Street."

In/Voluntary Motion: "Higa's dance finds grace in disability. Higa incorporated dystonic-like movements in traditional modern dance styles resulting in expressive body language that became its own edgy style. Rather than a narrative, the result was an intriguing conversation among equals."


Malacarne: "Perhaps the most incongruous pairing, but also the most ethereal, was Brazilian-born dancer Paula Higa and Yutaka Kono on tuba in “Malacarne.” A tribute to sculptor Camille Claudel, Higa danced with a flowing and ritualistic expressiveness, first settin. With Kono’s mix of lyrical tuba and electronics, tonal and atonal, the two moved through the sculptor’s periods of distress as well as joy."